You could have ended up with 20 generated possible next results, like so: 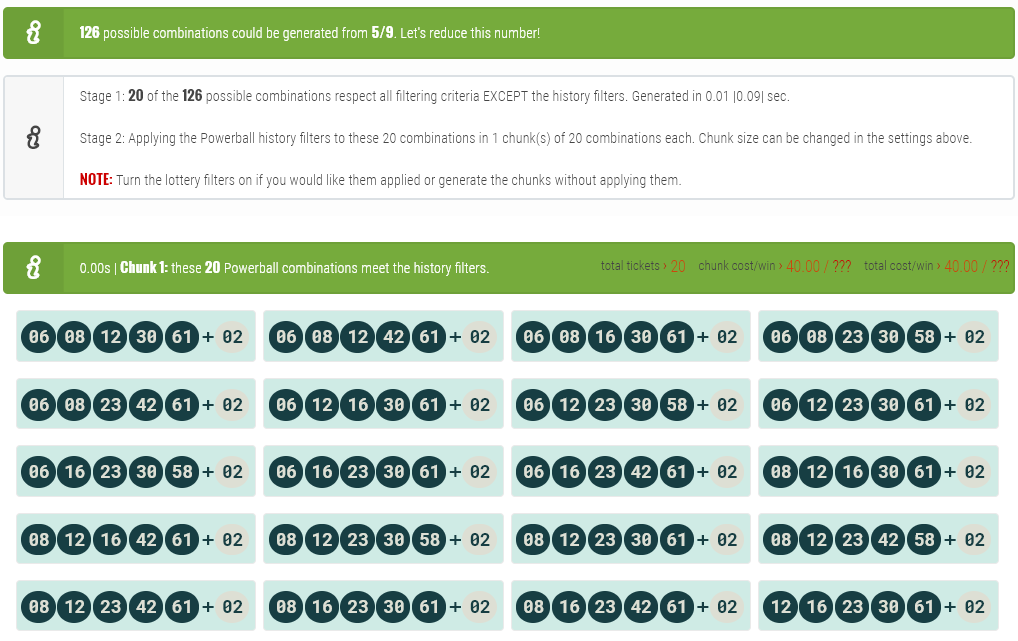 After the draw from 2019-05-04 took place and the results from that date were posted on our website, you came back to the number generator, selected the same nine numbers + the Powerball you used to generate your US Powerball combinations and applied the same filters as before the draw.

And then, you opened the "Settings" section of the number generator and next to the "Ignore the last... Powerball results" you typed 1 after which you clicked somewhere outside that text field. This would tell the number generator to ignore the last draw and it will also automatically select the numbers from that draw in the Match generated against section. At this point, this section would look like in this image:

Then, you clicked on the "Generate my numbers" button.

Furthermore, above the generated combinations, the generator will also create a report grouped by the total matches.
In the next screen-shot, the report shows that, in the first chunk (Chunk 1): 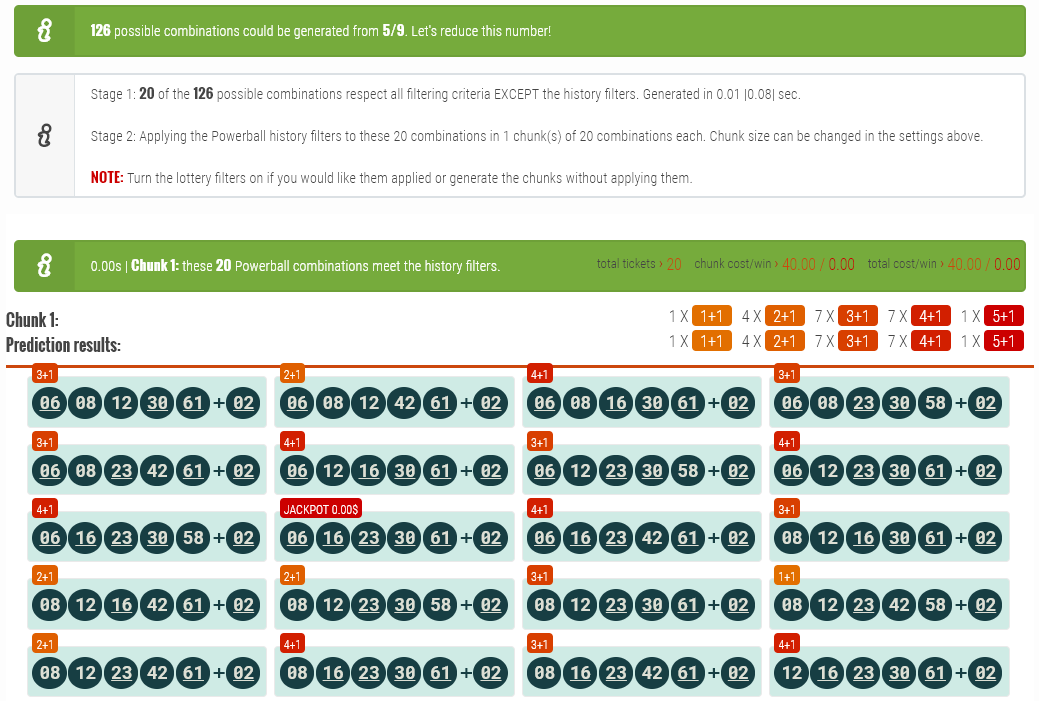 We can only hope you did exactly as described above and ended up winning the US Powerball jackpot on 2019-05-04 :-)