Any comments/questions related to our lottery wheel? This is the right forum to post them.

Earlier this evening, while watching the activity of our servers, we got noticed that our predictions contained the SA Jackpot.

Nothing unusual actually, we did it before and we'll do it in the future. But... at the same time, the system was only reporting a four numbers match, instead of the 5+1 which is the jackpot. At this point the results image was already generated and the latest results were posted to Facebook and Twitter. The first thing we did was to delete those posts from the social media because something just wasn't right.

Obviously we immediately started an investigation to see what is going on. We've been looking for a bug for the last few hours until we noticed that, the SA Jackpot numbers WERE actually in our database.

Except, it was not our system that predicted the jackpot this time. It was an anonymous LottoMatic visitor who used the SA Powerball Generator. The user was certainly very inspired because, according to our database (see the screenshot), the user only generated a total of eight SA Powerbal combinations. Since all eight combinations have the same main numbers, we can only assume it was the same user clicking the "Generate" button eight times. So, as you can see in the screenshot, six times the user generated the SA Powerball jackpot and two times the five main numbers. 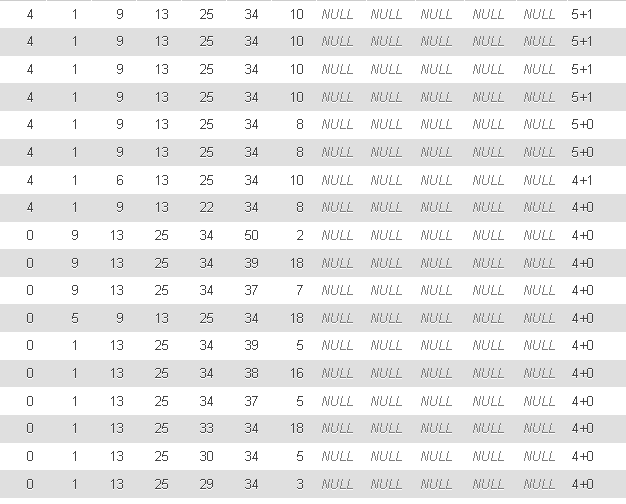 We jumped to the official website to see if anyone won the jackpot and found out that there was no jackpot winner tonight. However, one person won the second prize (five correct numbers), which paid the winner a nice ZAR316,628.50

We can only hope our anonymous user was the winner.

Note: The first column in the screenshot above is used by our system to identify the type of prediction as follows: